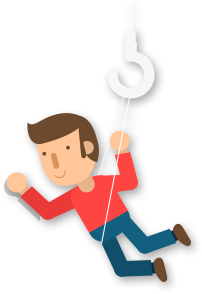 They not only help to make a site stand out but serve as a major visual content on their own right. When used appropriately, this trick can do wonders to communicate a solid idea to the target audience. Scrolling instead of clicking When you are going through a site on a mobile device, it is much easier to just scroll through a site instead of clicking links on it, cuts down on browsing time and offers a greater dynamic interaction between user and the site. Enhancement in card designs Card design is an effective way to build responsive sites. It helps in keeping things more organized, arrange a great deal of general data while at the same time be high on aesthetics as well as versatility. Bootstrap development This is a trend that we will certainly see more of in this year.

Web development trends that can be seen in 2015 We are probably going to see more of the Go programming language. While for the past few years the use of Ruby on Rails and Python Web frameworks took on a massive momentum specifically for the start-up companies. However, as there is now a growing need for the apps based on these frameworks to be re-engineered for the performance and scalability issues they present, it is likely that the use of these frameworks will lose its former attraction. On the other hand, we are going to see a significant rise in the use of the Go framework as it serves as an excellent replacement for both the Java as well as Dynamic language platforms. Go is primarily a static type language that comes with the flexibility of productivity of a dynamic type language..

Thinking of a Website for your Business? If yes then you are at the right place. Contact us today for a quote!